Directors UK is delighted to welcome our new CEO, Andy Harrower, who started in the post today (Monday 4 May). 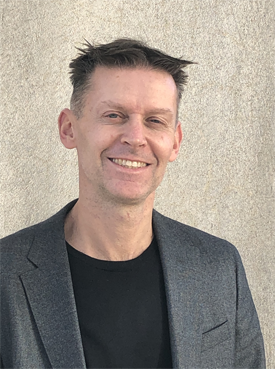 Andy was formerly Director of Licensing at PRS for Music, one of the largest collecting societies in the world, and he is a highly experienced and well-regarded leader in the field of rights management. At PRS he was responsible for securing over £250m per year in royalties for music composers, songwriters and publishers, leading negotiations with the major UK broadcasters and SVOD companies.

With nearly 30 years of rights management experience, championing the rights of creators, Andy is ready to hit the ground running and move forward in the fight for directors.

Introducing himself to members, Andy said: “I’d like to thank my predecessor Andrew Chowns for leaving Directors UK in such strong shape, an organisation that really makes things happen for its members. Whether that’s negotiating stronger rights deals, better pay, influencing government and industry policy, instigating campaigns which go on to change working practices and conditions for the better – and most importantly, giving TV and film directors a strong, united voice.

“It’s clear to me that ‘One of you, many of us’ is more than just a slogan – it’s who we are and it’s how we work together. Never has that been more important than now. I’m very proud to be your CEO and I look forward to working with you in the months and years ahead.”