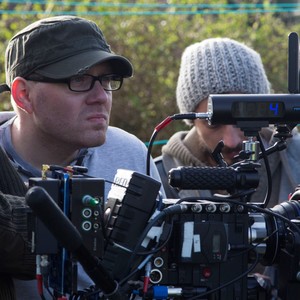 Carl is an ambitious and visionary filmmaker who aims to make fresh and dynamic high-concept films with commercial appeal, whilst changing the landscape of British independent film by pushing the boundaries of filmmaking. In 2014, after a successful career in the city, Carl made the decision to make a full-time career change to the industry to work as a writer, director and producer under his production company, Lizard King Entertainment.   Carl began collaborating on short films and other projects with the industry's top up and coming talent while learning the craft before his directorial debut ‘The interrogation of Olivia Donovan’. Carl is currently in pre production for his Feature debut “ Unseen Scars”.  This will be Carl's debut feature film and is to be an original and powerful film, which highlights the issues faced by returning veterans and those who are suffering with Post Traumatic Stress Disorder (PTSD).  Having seen first-hand the issues that affect those suffering from PTSD, this film has a personal connection for Carl.  The story follows military veteran, James, who on his return from service, has difficulty adapting to civilian life.  With the world now very different, James is eventually forced to seek help from psychologist, Dr Simon Kirby.
Unseen Scars will be unique in its use of a rare technique of blending drama narrative and real-life voices of military veterans. Interviews with the veterans will intercut the film throughout, creating a real-world narration.  We will expand on this style of using real voices, which was also used in Steven Spielberg’s epic miniseries ‘Band of Brothers’ (2001).  The film is to be produced by the highly regards Garth Jones. Throughout his career Gareth has represented, sold and distributed more than one hundred independent feature films, including ‘Withnail And I’.

Read More
Cookies help us deliver our services. By using our services, you agree to our use of cookies. Learn more