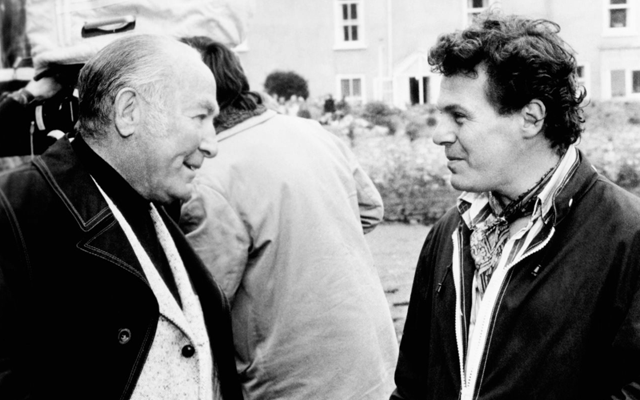 We were saddened to hear of the passing of director and former Directors Guild of Great Britain chair James Cellan Jones. Below, James’ friend and fellow director Alvin Rakoff has written a few words in remembrance.

“I’m your stage manager” he said. His name was James Cellan Jones. A name to remember. The year was 1957. BBC TV had asked me to produce and direct (the two jobs were combined in those days) Our Town, an American stage play. I had adapted the piece and set it in a television studio. It meant sound operators on booms, cameramen, lighting hands in the upper gallery and such spoke directly to the camera. As did the stage manager, Jimmy. He delivered his lines with assurance and none of the ham of a non-actor. Most impressive.

Dissolve. Twenty years later. The roles were reversed. Jimmy was the boss, head of BBC TV Drama, and I was the employee, hired to direct Arnold Wesker’s The Kitchen. Hand-held tv studio cameras were available for the first time. And Jimmy, on viewing the show, pounded his executive-suite sofa with excitement. Fabulous encouragement for any director.

Through those years we had become friends. I knew Silvia Rich, the mother of his son, Rory Cellan-Jones. And my late wife, the actress Jacqueline Hill and I soon became friends with Margot and the three children. We always looked forward to an annual Christmas party at their Kew household. And we sat next to the proud parents when their son Simon married.

His abilities as an acclaimed tv director from The Forsyte Saga through to A Fine Romance (Judi Dench, Michael Williams) were matched by his work in feature films, Bequest to the Nation (Peter Finch, Glenda Jackson) and in theatre, Caesar & Cleopatra (Alec Guinness, Genevieve Bujold).

As a BBC executive he encouraged so many writers through the “golden era” of tv drama: Jack Rosenthal, Stephen Poliakoff, Barrie Keeffe, David Edgar, Colin Welland, etc — and never shied away from the controversial — Scum and Pennies From Heaven.

All in all, Jimmy was a great guy, a great friend, and — most important to him, to us — a great talent.

John McKay on what it's like closing a film festival